A Letter from Katie Kolodinski

It was one year ago I began concepting and working on the designs for Collection Two, 2022. Inspired by my family’s Ukrainian heritage, this collection is largely derived from tradition and my experience with Ukrainian culture. A present-day war was the furthest thing from my mind when this process began, it actually seemed quite literally unimaginable. With all that’s happening in Northern Europe, this collection has grown with new meaning, a greater importance than I’d originally intended. It became blatantly obvious to me how important preservation of tradition is. And of the value of legacy.

I was living in Melbourne during the pandemic. My routine was confined to the same four walls and mandatory isolation periods that never ended. It was lonely, but it also urged me to investigate parts of myself I’d long left behind. I became obsessed with learning about my heritage. Where did I come from? I poured through my family’s history. I needed to know more, I needed to know why. What happened in Ukraine? I read history books, I watched documentaries, I went through old photographs, and family records. Designing this collection alongside this research gave me purpose. Everything I’d discovered became tight fitting pieces to an intricate puzzle I’d never seen, nor learned to solve … and it was in the filling of this jigsaw that I learned of my place in the world in a way that I never had before.

I’d always known of my Ukrainian ancestry. I lived it for much of my life. When I was a child I would overhear my mother on the phone. She’d speak to her family in Australia who made their home there from Europe. They would speak Ukrainian, a language I couldn’t understand. But I’d listen anyway. Ukrainian culture has always been a part of my upbringing. My sister and I adopted my mother’s traditions. We enrolled in Ukrainian language lessons, and my sister became a Ukrainian dancer. Each Easter we’d decorate pysanky. When it came time to eat, 90% of the time we ate borsch, pyrohy, cabbage rolls, and potato pancakes. Come Christmas, we’d make kutia. My mother did what she could to pass on her culture, even when living so far from her family. Now, as a mother, I want to pass on the traditions my mother passed on to me. As creative director, fashion is my way of storytelling. Releasing collections each season is how I use my voice, it’s how I bring meaning to my often fashion-centric world.

The collection is called Сім’я- it means family in Ukranian.

Collection Two, 2022 is full of subliminal meaning. The Mir print is based on pysanky eggs from my childhood — and one decorated egg particularly; one that has been passed down from my baba, to my mother, to me. It’s an heirloom and one of the few things that I have that belonged to my grandparents. The blue of Collection Two represents the sky, air and good health, while the wolf represents loyalty and guardianship. The collection is called Сім’я — it means family in Ukrainian.

As this war has progressed and continued, this collection feels different. It comes with sadness and pain but also becomes even more meaningful and important. When there is war, we lose more than lives. We lose culture, art, history, language, stories and architecture. I am deeply saddened by what is being lost in Ukraine right now. My heart goes out to everyone affected by war — past and present.

I’ve had a lot of time to reflect on this collection. For me, recent events have given me even more reason to preserve the traditions my family have passed down to me, and launch Collection Two, 2022 as an ode to them. 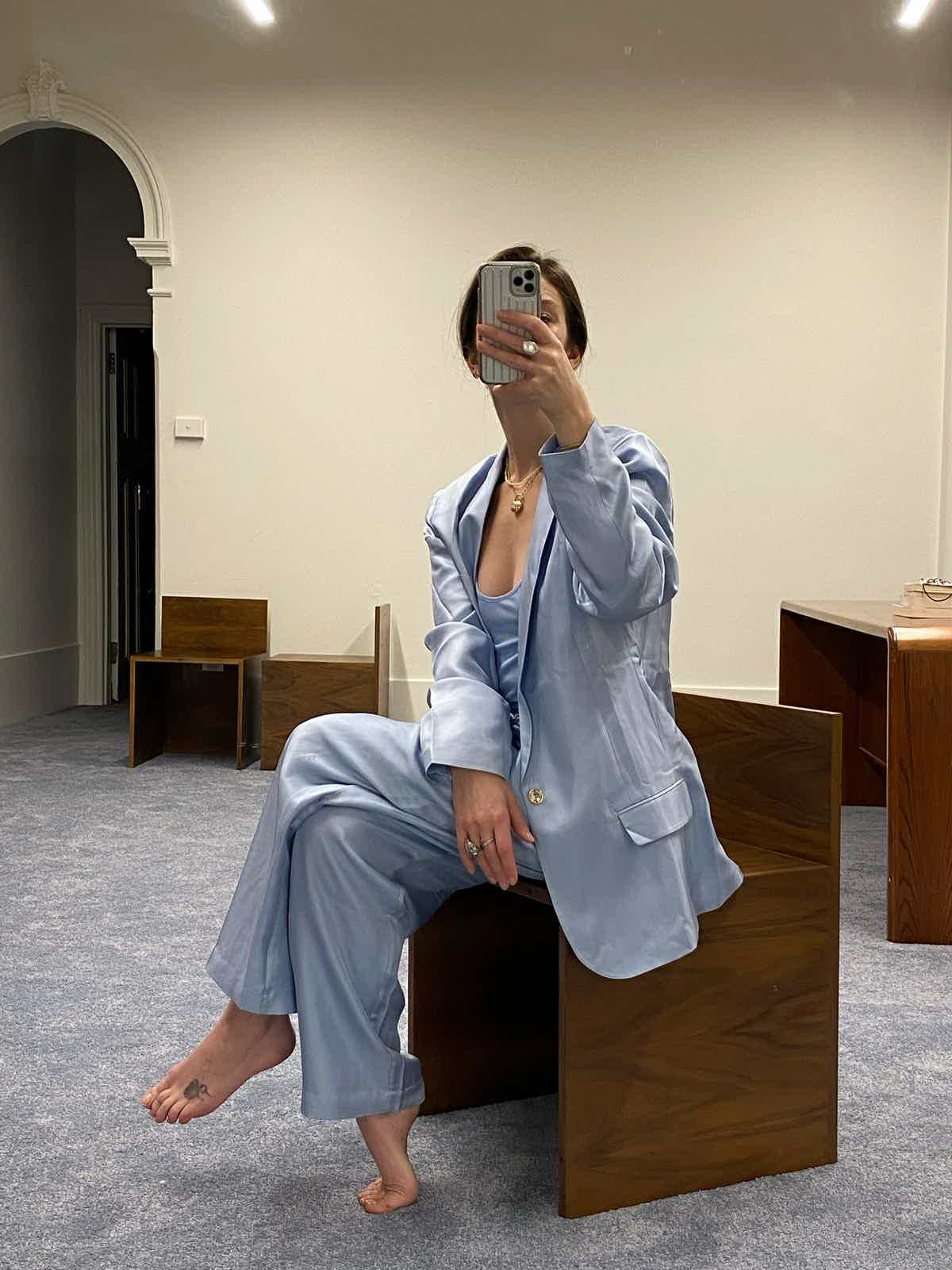 What We're Listening To: June 22 Playlist

What We're Listening To: May 22 Playlist